A little history: Kennelprefix Mariell de Marque was founded 1972 and the name is coming from the composition of the first and lastname: Ingemarie Gradell. De Marque is French and means brand. Ingemarie started with the French sheeperd dog Briard. She was there from the beginning in Scandinavia. 1975 was the year when the first briard litter was born in the kennel, 40 years ago, so it is not easy to summarize all this years. This should not be about Briard but I can't ignore that during 30 years 268 Briard with prefix Mariell de Marque was born divided in 39 litters. A lot of the dogs made success in working, shows and as stud dogs. But now let’s talk about the Pumi.

Ingemarie started with Briards from UK and many of the breeders over there said: ”Every Briardkennel should have a puli”. They said that they fit very well together. Ingemarie wanted one more breed but was not so interested in the puli’s coat. She started to search for another breed and found mudi and pumi. She wanted longer coat on legs and  face so the mudi was not actual. But the pumi got her interest. She contacted the club for Hungarian Breeds in Sweden – FUR already in the end of seventies. Ingemarie was advised to contact Finland, since there was no breeding of Pumi in Sweden at that time. She was recommended to contact Marjatta Jääskeläisen, kennel Kilvan in Finland.
Time passed and the idea of Pumi was constantly in her thoughts but stayed there until further notice. Then one day in 1982, one of her daughter’s rabbits were mated and this would take place in Eskilstuna at Elisabeth Sandbergs place. During the visit they discussed aboutdogs because it was a common interest. Elisabeth told Ingemarie that she and her sister Catherina would go to Finland next weekend and retrieve respective pumivalp. They would go to Kennel Kilvan which had two pumi litters. There were still pups avaible. What a coincidence !!!!! Ingemarie became excited and told us about her ideas about getting a Pumi. It was decided that they would take a bitch also to Ingemarie. The best of those that were left for sale. An they did it. The week after Ingemarie went to Eskilstuna again, this time to retrieve a pumivalp.
Anticipation was great and when they arrived they saw two pumisar: a gray, little bit shy and careful bitch and a black wilder ”version”. Ingemarie thought it obviously was the gray bitch that was to her because she thought for sure Elisabeth would choose the black, more extrovert female puppy. When this beast came running towards Ingemarie and jumped up in her arms, Elisabeth said to the puppy: - She will be your mom! Happiness was complete. This was Kilvan Nöies; Mariell de Marque’s first pumi. (Elisabeth Sandberg’s pumi was Kilvan Napos and she started Mysopans Kennel, her sister Chatarina Lagemyr’s pumi was Kilvan Moha and she started Mohas Kennel ).

Kilvan Nöies was mated with Kilvan Herceg and the first pumi litter in Mariell de Marque was born 85.01.13. 3 males and 4 females. This was the fourth pumi litter in Sweden. 2 of the females were used for breeding.  Mariell de Marque Aj Aj Buff and Mariell de Marque Afro-Dite. Aj Aj Buff was mated with  Konvaljen’s Auriga, a son to Kilvan Primas (The first pumi at Bagarsjöns kennel). The mother was a bitch from Finland named  Alacsony. 2 males and 4 females was born 89.10.31. The litter was not a success, there was lack of coat and a suspicion of hormonal problems. The best female in the litter was mated but there came only problems, hormonal sickness, greyborned and lack of testicles. Later that was known that Alacsony had serious problem with hormonal sickness. So there was no more  offspring from AjAj Buff.


This provided to be a very successful litter and it became very important for a lot of breeders in the future in Sweden, but also in Finland and Norway. All the males and 3 of the females were used for breeding;  Ecs-Csisto, Ecs-Csodus, Ecs-Csotic, Ecs-Csette, Ecs-Csilla, Ecs-Csitra.

And now my life with pumi starts. I wanted another breed beside my English Bloodhound. I red an advertisement in the local daily press. Wanted: Co-owner for spirited and lively medium sized breed. I called and later I got my first pumi: Mariell de Marque Ec-Csitra.  She gave me so much knowledge of the breed. Ecs Csitra was like a flash of lighting! My love for the pumi was a fact.  And since then Ingemarie and I had cooperated and co-owned stud dogs. Officially became a co-owner in Mariell de Marque kennel from 2011, but I have been in the kennel since 1990.
The fourth litter was born in 1992. Sire: Mysopan's Loudness, Dam: Mariell de Marque Ecs-Csitra. 4 males and 2 females. Wellknown: Happy Djoker and Hippa Djoyce. Now you know the start of pumi in the kennel. I will not go deeper in the history. But until now, February 2015, there were 206 pumis born in the kennel, devided in 37 litters.

In my home live only 2 males fulltime. Mariell de Marque Dazzling Danton
(Mariell de Marque Pokerface Maveric x Mariell de Marque Urdit Starbright ) ”Dazzel” 7 years.
He lives as a housedog for the moment. I have showed him to C.I.B, SE UCH, NO UCH, DK UCH.
If all goes well I will show him in veteran next year.

and Mariell de Marque Frico Fylgia-barn (Napos Gabor x Okoska Koroscenko) ”Frico” 3,5 years. Frico is a very active and lovely pumiboy.  I have shown him successfully and he was pumi of the year 2013 in the club for Hungarian breeds. Svk FUR. His titles are DK UCH, DK V-13, HU CH, NO UCH, SE JV-12 SE UCH. Hips A, Patella UA, Eyes – clear.

This is a very comprising question. Hard to pick up some of all........I want to tell about all the wonderful owners of Mariell de Marque dogs but this is impossible, happily they are so many!
We are also happy for all breeding exchanges and cooperations with breeders in Sweden and foreign breeders. To breed Pumi is not business, it is passion. Our vision is to breed a healthy allround pumi with all breed specific details. We also want it to be able to carry the breed's heritage in the future. We only use X-rayed dogs with A or B and we eye-examine our breedingdogs.  Even if we don’t work actively in for example tracks, obedience, herding with our dogs, we will never forget the typical temperament. Dogshows are great interest for us! 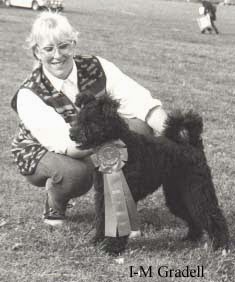 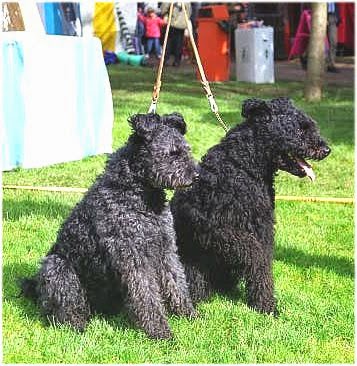 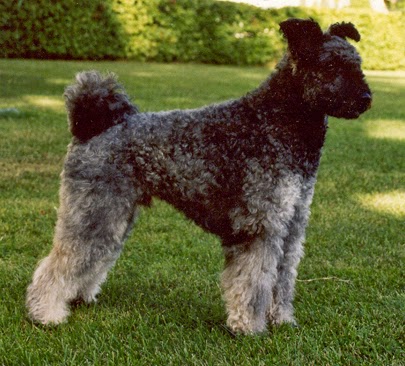 
( Napos Ravasch x Kilvan Larma a Mariell )He was the Dog of the year in our specialclub,


Svk FUR 2005, he won a lot of BOB and BOG placements in Sweden, Denmark and Norway. 
(Napos Ravasch x Mariell de Marque Raw Nobility) He was the Dog of the year in our specialclub ,Svk FUR 2006 He won a lot of BOB and BOG placement. Ydors children in Sweden - Finland - USA - Hungary - The Check Republik and Denmark are doing great at dogshows all over the world. The best results 2014 counts EURW2014 and WW2014 + BIS and BOG results everywhere, also in DK with our Aditi who was in 2014 top fourth dog at the specialityclub in Denmark, KHKG. Ydor was co-owned with Iben Lind Laursen. 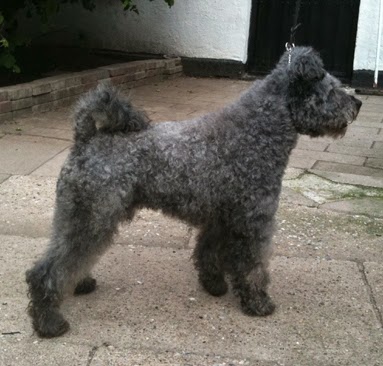 
( Napos Gabor x Okoska Koroscenko)He was the Pumi of the year in our specialclub ,Svk FUR 2013 and we will see how far the results for 2014 is sufficient to........He got his HU CH from CAC on the Grand Prix, The clubshow and the World Dog Show in Budapest 2013. He got BIS placment at breedspecialities in both Sweden, Denmark and Norway. 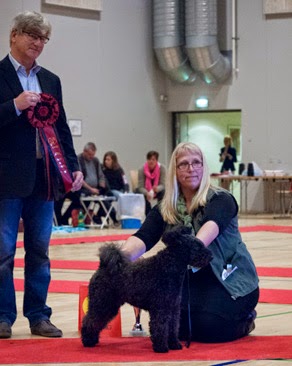 Our Fylgia – it means companion and comes from nordic mythology.


(Nyirségfia Bogancs x Galla-Hegyi Becses )
A wonderful bitch, very typical and full of temperament. We are so very grateful to Eila Metsävainio for her trust and big heart that she gave us the privilege to receive Okoska as a new member in our kennel 2011. Okoska is a very good mother and her puppies have so far shown good qualities. We have exported dogs from her 3 litters to Denmark, Finland, Norway and USA. Her son SE UCH, FI UCH Mariell de Marque Freke Fylgia-barn had a litter at Pumidoro kennel in Italy and the son SK CH Mariell de Marque Isar Fylgiabroder have been on a tour to Check Republic for show and he also was mated at Kennel Pumida. 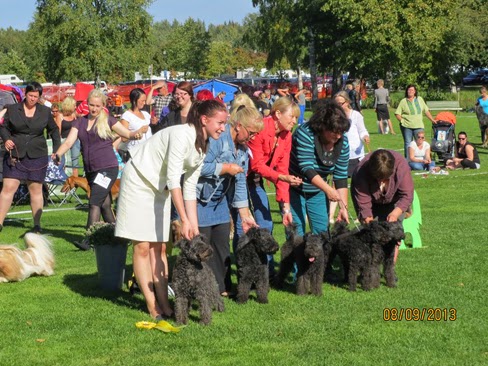 Our Queen in heaven!


She was a dream in the ring, her movement was wonderful, she was wild and beautyful. Everyone who met her remembers her big personality. It was a great favor to share the life with her in almost 16 years. We miss her so much. On the photo. Me ( Lena ) and Larma at her Grand Final 2009. 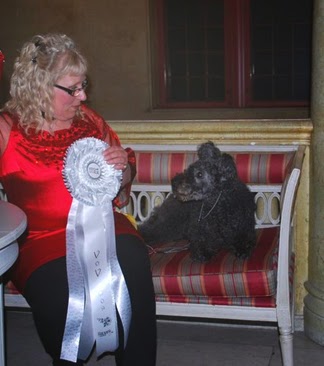 
we got the opportunity to choose a puppy. It was love at the first sight. Ravasch lived at Ingemaries place and he travelled with me to a lot of shows. He is the most winning pumi ever in Sweden.


Not only his type was excellent! His temperament was absolutely outstanding! He was so gentle and he bacame a good male in breeding. He got many nice offsprings. Ravasch is also a connection between the history and the present and we can see a common denominator in him. He was 14 years old when he left us. We have many great memories and a great loss.

The day after the show on13th of June Mariell de Marque and Ego Dog's will have a kennel camp and meeting with activites like agility, mantrailing and obedience. We really look forward!

-                     What kind of plans you have in the near future? (new litter, dog shows, etc.)
We will go to CRUFTS not with pumi. It starts to be interesting in UK. Pumifancier work with buildning up a population wich would satisfy the UK kennel club. Maybe soon we can go there and show pumis.
We plan for mating Mariell de Marque Delightful Deal and also Mariell de Marque Isel Fyliadotter.
Both of them have our start in their pedigrees even in fourth, fifth and sixth generation.The males are not official yet.The female line is always very important for us, and of course the male, but also his mother and grandmother to the planned puppies.